Too often you hear from brands (large and small, but quizzically it generally comes from larger organisations) that they haven’t got much to say that’s interesting and therefore social media and content marketing would be a waste of time for them.

You know, just when you think there are deadly boring categories out there populated with brands that at first glance probably DON’T have a lot to say, along comes King Arthur Flour to effectively take that argument and knock it out of the park. 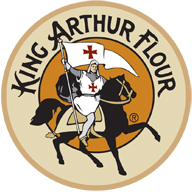 This is a business that’s nailing both social media and its online kindred spirit ‘content marketing’, and doing so better than most large Australian companies operating in higher interest categories.

What is King Arthur Flour doing that’s so progressive? First of all, the brand focuses on producing interesting and relevant content.

It doesn’t flog us about the ears just talking about its flour and why it’s so great, but rather it takes a more considered and bigger picture view. Its content strategy is to educate the public on cooking with flour, celebrate the art of baking and generally build and cultivate community of people who are interested in baking (check out the company’s blog – it’s called FLOURISH, an amalgam of ‘Flour + Nourish’ – clever that!).

Let’s shift our attention to King Arthur’s social media channels, an area where it is excelling.

The brand has a thriving community on Facebook, with 217,000 people ‘liking’ the page.

Its Facebook updates are regularly ‘liked’ and commented upon. One such post – in which the brand asked its fans to show “support for American farmers in so many parts of our country battling terrible drought conditions” – attracted over 2000 likes (this update also featured a video inviting the public to “take a tour with us through the wheat fields of Kansas and meet some of the people who grow wheat that becomes King Arthur Flour”.).

Many of their updates attract between 70 and 100 comments (unlike ‘likes’, comments demonstrate a deeper level of engagement on the part of consumers).

They’re a creative bunch at King Arthur Flour too.

On the right-hand side of the Facebook page – in the ‘timeline’ – the brand cleverly takes the reader back to 1790 when the company was founded, then on to the 1800s, 1900s and so on. In other words, it uses mini-stories to tell its overall brand story, but produces it in such a way so people can discover it in their own time.

The brand is more active on Twitter than most companies (it has tweeted over 7600 times and boasts 19,500+ followers). Extending to another social network,  120,000 people have placed King Arthur in their Google+ ‘circles’ while on YouTube, the company’s 80+ educational and storytelling-based videos have had over one million views.

King Arthur Flour also publishes a glossy hardcopy and digital bi-monthly newsletter (which it sells via subscription) as well as an award-winning cookbook series.

And to cap everything off, King Arthur features on its website a forum-based community area where consumers and professional customers can ask questions, share recipes and start discussions around baking and running a bakery business.

Does all this mean King Arthur Flour doesn’t promote its products?

Not at all, but the brand is adept at earning the attention of its customers and adding value to their lives in interesting, relevant and respectful ways. This way, its ‘sales pitch’ can be deliberately low-key and still be effective because consumers have already bought into the brand and its story.

ABOVE: Profile on King Arthur Flour for Google Chrome

This is smart marketing today folks!

And finally, understanding that it’s not all about online communication and that face-to-face and event-based activity is the, ahem, icing on the marketing cake.

I followed up the article above by recording an interview with PJ Hamel, who is part of the King Arthur Flour’s web team and has been involved in a lot of its content creation and online community activity.

PJ has been with the Vermont-based company for over 22 years. In this interview she sheds light on the approach King Arthur Flour takes when it comes to social media and content marketing, and provides advice to companies wanting to go down a similar path.

Key Takeaways from the interview:

If you’re interested in leveraging social media and content marketing strategies to build your brand, then you won’t want to miss this insightful interview with PJ Hamel.